Why Most Parents Consider Homeschooling 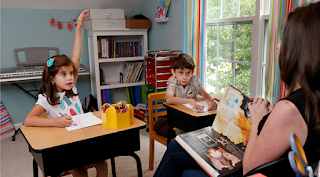 Today, many parents keep their children in home education until certain conditions are met. As we learned in our previous lesson, homeschooling might usually be conducted by a parent, a close family member or a private tutor. However, in whichever case, homeschooling families choose to home educates their kids for particular reasons:

If you just join us, please share and comment below if you find this valuable, also remember that, we are given away a freebie to all our new readers so make sure you will get to the end of this article to grab yours.
Now let us take a look at some of the major reasons why parents choose to homeschool their kids:

In public schools, socialization techniques, such as classroom management, peer grouping, and extracurricular activities, take much time and effort. But must children learn such basic life skills as working together, sharing, and showing respect for others through formalized classroom experiences? Critics charge that home-schooled children will be socially handicapped and unable to adapt to real-life interaction when older; the fact is, however, that these children have many opportunities to interact with peers. In Growing without Schooling, Pat Farenga writes:
Certainly, group experiences are a big part of education, and homeschoolers have plenty of them. Homeschoolers write to us about how they form or join writing clubs, book discussion groups, and local home-schooling support groups. Homeschoolers also take part in school sports teams and music groups, as well as the many public and private group activities our communities provide…. Homeschoolers can and do experience other people and cultures without going to school (1993).
Of course, not all socialization is good for a child. For example, some social activity leads to experiences with drugs, alcohol, tobacco, harassment, premarital sex, guns, and violence. The positive side of socialization—sharing, respect, communication, getting along, and relating to others—can be wonderfully fulfilled in a home-school setting. As Raymond S. Moore, a leader in the home-school movement, says:
Parents and educators usually talk about sociability, but neglect to differentiate the kind of sociability they prefer. The child who feels needed, wanted, and depended on at home, sharing responsibilities and chores, is much more likely to develop a sense of self-worth and a stable value system—which is the basic ingredient for a positive sociability. In contrast is the negative sociability that develops when a child surrenders to his peers (1992).
Those who believe in the home-school philosophy also think that six to eight hours of extra social and community activities after school and weekends is a bit much. Science says it’s a bit much, too. Behavioral psychologist Urie Bronfenbrenner (1970) concluded that “meaningful human contact” is best accomplished in environments where few people are around.
Any teacher will agree that the smaller the class size, the more learning takes place. In a survey concerning positive self-concept, John Wesley Taylor (1986) found that half of 224 home-schooled children scored above the 90th percentile, and only 10 percent were below the national average. True social development takes place in the home, not in the schools.

Shouldn’t educational experts be trusted with the academic training of our students? How is it possible for parents— especially parents with little or no postsecondary education—to teach children every discipline? Even with my bachelor of science degree in English, how can I be qualified to teach math or science to my 2nd and 4th-grade children?
If these assumptions were true, home-school kids would not be some of the most successful people in society. William Blake, Charles Dickens, Agatha Christie, Benjamin Franklin, Woodrow Wilson, Winston Churchill, Florence Nightingale, Charlie Chaplin, the Wright Brothers, Thomas Edison, and Andrew Carnegie were all famous home-schooled students.
The assumption that home-school parents are not expert enough to teach is based on a faulty definition of education. Education is not necessarily teaching what the teacher knows, or training students in a particular skill. Separating disciplines from other disciplines—as if English had nothing to do with math, and science had nothing to do with civics—is grossly misrepresenting what education really is: the passing on of a culture.
A wise saying goes: “A good teacher teaches himself out of a job.” When I teach English, I am not merely teaching my students what I learned in college. I am teaching children to love literature and to passionately engage in the language arts. I integrate all disciplines—history, science, social studies, math—into my lessons. Real life is interdisciplinary; to teach otherwise would not be teaching our culture.
Few professionals would disagree that one-to-one tutoring creates an atmosphere that is healthy, productive, and conducive to a student’s academic success. That’s why I often say I tutor my children, rather than homeschool them.
Educational philosophy today supports the concept that education is more than rote learning. For example, outcome-based education recognizes that students need to develop at their own pace, whole language integrates all disciplines, and modern Montessori methods emphasize the need for individual attention and assessment. Homeschooling accomplishes all of these.
Students have both the freedom to pursue their natural desires and the attention needed to develop the ways of thinking that come more difficult to them. Pat Farenga says, “Children, like adults, need time to be alone to think, to muse, to read freely, to daydream, to be creative, to form a self-independent of the barrage of mass culture” (1993). While granting students this time in traditional schools has always been a struggle, that is not true of home schools.

Critics of home schools claim that we shelter our children from the real world. Home-school parents sometimes accuse public schools of stealing children from the home and their parents. Neither is a mature argument, and neither is true.
No other factor in life, however, will have more of an impact on a child than family background. Every teacher knows that a student having problems at home most likely will not produce in class and that student with wholesome, functional families are usually the exceptional students. Home-school parents see the family as superior to any other institution in society. When the educational institution threatens the family, these parents tend to choose to educate their children at home.
To say public schools undermine the family is just as alarmist as saying home schools will ruin the education of our children. Yet, many in education today devalue the importance of the family. Schools have redefined family values and, in some cases, ridiculed the cultural beliefs of the students and their parents. For example, many home-school parents choose to take their children out of school because of the school’s teachings on sensitive issues like premarital sex, same-sex relationships, questioning of authority, and secular religion.

Religion is a major part of our culture, but public schools fail to take religion seriously. Fear of church and state laws keep schools from even mentioning the influence of religion in our life. History and civics textbooks never mention the religious faiths of important leaders. Martin Luther King Jr. is rarely named with his title of reverend. That John F. Kennedy was the first Catholic president, Albert Einstein was a Jew, and the Abolitionists were led by evangelical Christians are facts ignored. And textbooks rarely describe the influence that religion may have had on these great achievers.
Instead of working side-by-side with the religious establishment, the educational establishment has attempted to strangle religion’s influence. Instead of recognizing religion as part of our culture, many have fought hard in the courts to make religion illegal in the classroom.
Everyone recognizes that public schooling has its place. Homeschooling, too, is a healthy educational choice. Parents who have the dedication to do it should have every right to choose it.
Hope you’ve had a ton of value from this post.
If you like what you’ve read and the information in here makes sense to you, then, why not follow the footsteps of my other successful students?
Get a copy of the special report “How to identify your child’s learning style”, a report you can download instantly and begin to learn how you can best teach your child using his/her personality type.
Click here to download this special report for FREE.
Coming Up Next: How To Get A Good Private Tutor For Homeschooling

Enter your name and email below and get the latest from our blog for free...